StreetWatch: Notes of a Paramedic

This page includes featured posts from StreetWatch: Notes of a Paramedic

My blog can be found at http://www.medicscribe.com 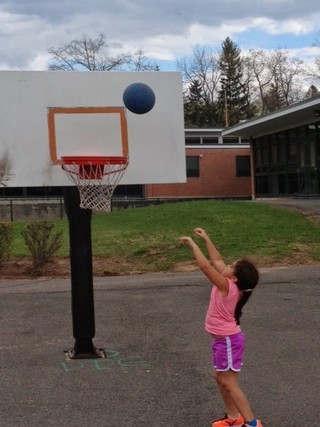 December 8, 2018: This weekend, I am in Worcester, Massachusetts at the New England Short Course Meters Masters Swimming Championships as a member of the Connecticut (CONN) team. Last year, we shocked many of the other teams by taking first place. Points are awarded based on place finish in individual and relay events. Each swimmer is only allowed to swim a maximum of six events a day or 13 for the entire meet. Friday evening is distance day (800 Free), Saturday and Sunday are for the relays and the main swimming events. Last year I scored 119 points swimming 12 events despite having a pretty severe chest cold. I also swam in three of the four relays. I came in second in the men's 55-59 200 Meter Butterfly and earned 15 points for it. I was second out of 2 swimmers. Last year I finished 25th in the nation in that event in my age group. 25 out of 25. Still I was proud as it is a difficult event, particularly for someone who did not know how to swim the stroke five years ago. I am swimming it again this year, and if all scheduled swimmers swim, I will likely finish 5 out of 5, but maybe some of them will scratch (drop out) as it is the last individual event. Last year I swam the full 200 meters without stopping. This year I may hang on the wall and catch my breath at some point along the way. I have not trained as much this year as last. My best event is the 50 free, but I will not come close to my best time of two years ago. Again, lack of training time and intensity. Plus Father Time sapping some of my strength.

Joe Frazier used to say. "If you cheated on that (your roadwork) in the dark of morning, you're going to get found out now, under the bright lights." I have no cold this year, but I am a year older, and not in the shape I used to be. That lack of training is likely to be apparent. Still I am here as part of a thirty person contingent of people who I have come to call my friends over the years. No matter how fast or slow I swim, i always get high fives and good jobs. I doubt we will win this year. Charles River Masters, who we upset last year, showed up loaded with more swimmers. My goal is to score more points for my team than last year, which will be a little easier as I am swimming one additional event and I have moved up in age to the 60-64 division.

Here's why I writing all this on my EMS blog.

I was talking the other day with a new medic trainee and we were talking about a number of the old career medics who were around when I started, and I told her of how many of them ended up broken. Here's a roll call. Overweight, fired for poor behavior, dead of a heart attack. Fired for violating policy, seen a few years later in a nursing home with jaundice, dead not long after. Retired unceremoniously, dead within months of lung cancer, obit posted on the operation's wall. Fired for undisclosed reasons, shot dead by police in a standoff — suicide by PD. Left for undisclosed reasons, found dead in bed a few years later, obese, uncertain of heart attack or overdose. Not a lot of happy stories. Many say that the job will leave you bitter in the end.

I used to say that I wanted to stay at this until I am 72 when my youngest daughter is targeted to graduate from college. I don't know if I can make it make it that long. I am hoping to at least stay full time until my middle daughter who is a freshman at college graduates. My goal is to get her through without any debt. In addition to my medic job, I also work as an ems coordinator at a local hospital. Between the two I am scheduled for 64 hours a week, but I often work longer. I try to keep Saturdays as a day for my youngest daughter and I to do things together.

My youngest is very into sports, and unfortunately, tomorrow, she has her first basketball game of the season, and I will miss it because I am here at the meet. She is playing in two leagues this winter, one with Saturday games and one with Sunday. Other than today, I will be at all her Saturday games, but because I work Sundays, I will only be able to see the Sunday games if I take off work. A part of me wants to go part-time on the ambulance so I can be free to see all her games, but with the middle daughter in college, I can't really afford that yet. I debated not going to this meet, but last year I skipped several meets to see her games. The fewer meets I do it seems the less I train. This is the one big meet of the year, so I expected if I skipped it, my identity as a masters swimmer would pretty much slip away, and I am not yet ready to give that up. I need athletic competition to keep me healthy and maintain my image of myself as an athlete and a man still in prime health.

I used to never miss an ambulance shift. I prided myself on always being on time and always being there if my name was on the books. In twenty-five years I have only had to go home sick twice, and only called out sick about the same number. I have only been late three times, twice due to a time change and once due to my alarm not going off. I take days off fairly freely now. With my seniority, I get a ton of PTO, so I use it. I took off for Zoey's soccer championships and I will certainly take off for her basketball championships if she makes those. My next swim meet is Superbowl Sunday and I am planning to take off for that, but only if it doesn't conflict with one of her games. I'll take that game over the local meet. Hopefully, I'll be able to do both.

I enjoy my swimming friends, as I enjoy my EMS friends. And of course, I enjoy my family most of all. Between the three I hope to be able to maintain a balance that I have not always had. I don't need to be on the ambulance everyday or at every swim meet or at every single one of my daughter's games. I just have to do my best to be there whenever I can, and ensure that I am healthy, and happy. I want to be there for the long run.

We came in 3rd in the meet. I had the eighth most points of any male in the competition, points mainly accumulated because I was one of a few who swam 13 individual events. I finished the 200 Butterfly only a few seconds slower than last year, and captured 3rd place. Out of 4.

My daughter won her game and scored 8 of her team's 14 points. Hearing her recap of the game wasn't as good as being there, but it was still great. Nothing much of interest happened on the ambulance that day, according to the guy who filled in for me, nothing unusual. I didn't miss out on anything exciting.

The meet renewed my enthusiasm for swimming, so I have been hitting the pool hard this week. I saw my daughter's game yesterday and it was great. They won and she played well, scoring 10 or 12 points in the win, including making both her free throws. Not bad for 10 years old.

I am at work now, posted on a street corner in the December rain, drinking hot tea with honey.  I am hoping the next call will be an interesting one.  I hope that I get out on time so I can swim at the pool.  I hope that when I get home, I will sit in my armchair and have a cold glass of water, while my wife sits on the couch and laughs at Will Ferrell in the Wedding Crashers in a way that brings warmth to my heart.  I hope that my daughter will be dribbling her basketball back and forth between her legs.  I hope that she looks up at me and says "Dad-Catch!"

Diamond in the Rough
Winter 2016
Mortal Men: Paramedics on the Streets of Hartford
Spring 2012

Street Watch: Notes of a Paramedic
For Current Writing on EMS Topics