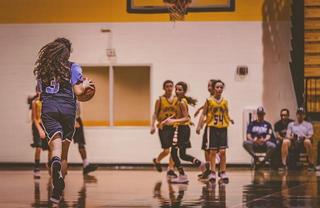 I hit my twenty-fifth anniversary at work last month. Twenty-five years full time as a paramedic. I am sixty-one years old now and feeling the wear and tear, particularly in these last two years. I don't sleep well at night. My hearing is shot. I need a stronger prescription for my reading glasses (which I also use for intubating and IVs). Last summer I suffered my first worker's injury to my back that has left me with a lingering weakness in my legs.  Fortunately  it is not bad enough that I can't work, but it is bothersome nonetheless. I still carry all my gear up five flights of stairs. I don't get to the top as quick as I used to and I am sure to use the railing on my way back down. I was sick for over a month this winter. I had the really bad cough that everyone seems to have. I worked through the first three weeks because that's what we do in EMS, coughing up green phlegm and downing decongestants. My energy level just wasn't there. I finally said, enough is enough. I'm not coming back until I am well. I laid in bed for two days, and then when I went back to work after a week out, I had a splitting headache and was getting short of breath toward the end of my shift, and so I took some more time off. Good thing, I had plenty of PTO.

On Friday when I came in to work I saw the boss (a young man I precepted) and told him I wanted to change my status to part-time. I managed to get some more hours added to my hospital EMS coordinator job so going part-time at my medic job was going to be necessary anyway eventually, but finally saying it out loud, it felt momentous. I'm not going to work Sundays anymore (unless I want to) and other than a few remaining shifts I am already scheduled for, no more getting up at four in the morning. I will still work twenty hours a week, but will just call in when they have shifts available (they always do) and work the hours I can that don't conflict with my work, family, and trying to get healthy again life-style.

The boss said he was glad for me, and then gave me my twenty-five year plaque and pin, which had been sitting in the supervisor's office. I took it and shook his hand. The plaque is in the back seat of my car now. Eventually I will just put it in a box in the garage along with my 10, 15, and 20 year plaques. Not that I don't appreciate it, I just don't display things like that.  I also get to choose a 25-year gift from a special catalog). I got a kitchen knife set for my 10th and 20th anniversaries, which I still have (9 knives for the 10th and 13 for the 20th). For the 15th I got a GPS that my wife lost. I am thinking about whether to get the 17 piece knife set, a digital smoker, or a snowblower. The snowblower would be great for snowy mornings, but if I am no longer getting up at 4, the need isn't as pressing, plus with global warming, I shovel less and less each winter anyway.

When I went to punch in Friday, after I'd gotten my plaque and told the boss I was going part-time, I saw a flyer over the clock and a picture of a guy I'd gone to paramedic class with. I was 34 and he was 24 back then. Like me he worked 25 years for the same company but in another division. The paper said he had a medical emergency and passed away unexpectedly. He was just 52. Nice young man with a family. A good paramedic. Since we were in different divisions, I saw him infrequently, always at the hospital pushing a stretcher. We'd say hello by name, and then go on our ways.

On Friday I worked with Jerry, an old partner of mine, who's been with the company almost as long as I have. We have a great time together, laughing most of the day. Riding with Jerry, it's like we're not even working, just two friends hanging out. During a downtime between calls, we ran through the list of all the people we'd worked with who had died over the years. It was a long one. Some of the people we struggled to remember their names.

I still love being a paramedic. I just know its time to take care of myself and my family first. Today, instead of sitting in the ambulance writing this, I am in the stands watching my twelve year old daughter warm up with her team on the basketball court. I am putting the computer down as the game is about to start.