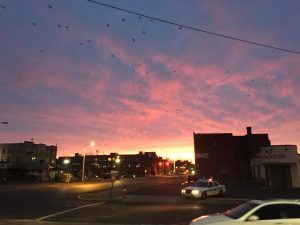 Twenty-seven years ago, in a retaliatory shooting, a man in Hartford's north end opened fire with an automatic weapon, killing his target.  He was sentenced to fifty years in prison.  He left at home a baby daughter.

I get called for the unconscious.  I arrive first and climb windy wooden stairs to the third floor apartment, where a terrified young woman, holding a toddler, kneels in the hallway by the open bathroom door.   "He collapsed and he won't wake up!"

An older man with a grey beard lays on his back, eyes rolled into his head, gurgling.  His arms are stiff.  His carotid pounds.

"What kind of medical history does he have?" I ask.

"Is he diabetic?  Has he ever had a stroke?  Or seizures?"

I have an ambu bag out and with the help of the arriving fire department we pull the man out into the middle of the living room floor, where we start breathing for him.

"Does he do drugs or drink?"

"What's your relation to him?"

"Does he live here?"

"Is he going to be alright?"

With bagging, his oxygen saturation is 100% and his end tidal is 59.  The ambulance crew arrives and I tell them I am not certain what is going on.

The other medic asks if I want to give him more narcan, but I say hold off.  He is breathing well enough that we don't need to bag him.  If it's an OD we'll know soon enough.  As they get the stair chair ready,  his respiratory drive picks up.

The man opens his eyes.

"Huh?" He says.  He has that uh-o surprised look to the left look to the right look that so many overdose patients have when they suddenly wake up and find the room filled with people in uniforms standing over them.

"Fine?  You weren't breathing, you were unresponsive."

"I got high blood pressure," he says.

"No, you used heroin," one of the firefighters says.

"He used drugs?" the daughter says.

She turns on him.  "You're gone twenty-seven years and you come back now and you're going to leave me again like that, after you promised to never leave me again.  Are you going to bring this into our house?  With me and my son?"

The man says nothing.  I feel bad for him.  And for his daughter and grandchild.

Twenty-seven years ago, I imagine a man could sniff a bag of heroin and it was nothing but a nice peaceful easy feeling.  Not today.

I tell the daughter about fentanyl, which she knows about. She lives and is raising her son in this neighborhood where drug trafficking and use as well as violence are daily facts of life. I tell her to be patient with her father, that he no doubt loves her, but this transition must be hard for him and he is going to need her.  He is going to need both of them.  She wipes tears from her eyes and hugs her son.  I tell her how she should have narcan in the house and where she can get it.  Even if he promises to never use again, opioids are a powerful force, and if he does slip up again, she can help keep him alive, until more help comes as it did today.  I give her a wrist band with the harm reduction center number on it. You're not in this alone.

The daughter, holding her toddler and I follow her father and the crew down the stairs.  Outside, they load him into the back of the ambulance.  Daughter and father eye each other, saying nothing as the door closes.

She watches the ambulance drive slowly down the street, its red lights no longer swirling, and then she and her boy go back into the house.

I get into my response vehicle where I write my patient care form.  Then I Google the man and learn what happened twenty-seven years before, not five blocks from the apartment where he, his daughter and his grandchild will try to become a family, and live the simplest of all our dreams.