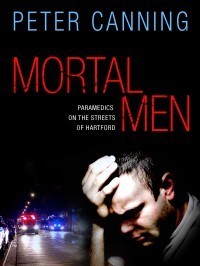 I attended a critical incident stress debriefing (CISD) a few years ago. I thought I had been invited to an informal get-together of folks from another service who I had been on a upsetting call with the day before. Had I known it was a formal CSID debrief, I wouldn't have gone, as I had always avoided them in the past. Not that CSIDs don't help some people, they are just not for me.

I have been in EMS for thirty years now, and I have been on traumatic calls. This one ranked up there, but since I wasn't the first medic in, I didn't catch the brunt of it. For me the worst calls are not always those that make the news.  I take it hardest when my patient dies in my care, when I have to witness a sudden deterioration and  feel helpless to stop it or feel like maybe had I done things differently I could have possibly affected the outcome for the better. Other calls where the patient's fate has already been settled before I arrive are less taxing to me than they used to be.  This was such a call.

Each of us processes trauma and stress differently. When I was new, it helped to have an experienced person (another medic) guide me through what I was feeling. In time I learned where to put these calls. It's not like you don't think about them  — you wouldn't be human if you didn't — but you soon understand what the job is, and you understand that tragedy and, in some cases evil, are a part of our world.

At this debriefing a team member told those assembled, "You gotta let it out, you gotta let it all out or it'll eat you up inside." I didn't want to be disrespectful because I felt I was a guest at someone's house, but I disagreed. If you have a way of dealing with trauma by yourself and it works for you, then that's good. Go with it.  I found hearing what others had seen and felt on the call was more traumatizing to me than actually going through the call myself. Their details (a cell phone, music playing, a family member's response) recalled details from past calls I had done. They triggered an explosion of what I had kept contained. When it was my turn to say what I found most vivid about this particular call, I passed. I didn't want to burden someone else with the images that were in my memory of the call. I found in the next twenty-four hours, that little box where I kept past traumas had been ripped open and all these ghosts from the past swirled around me. I suddenly vividly remembered calls I had long ago forgotten. It took me two sleepless nights to put them back in their proper place.

I have friends who have gone through traumatic calls on a scale larger than my own — calls that could shake a priest's faith in God. They struggled with what they experienced. Some talked with peers, others sought professional help, still others went it alone.  Most found their peace.

I know peers who have found great consolation with service dogs (I will likely be writing about this topic soon). Others have gotten medical marijuana cards (although I suspect some of them just like to be able to smoke legal weed). Tell the doctor you are an EMT and have nightmares. That and a $100 fee get you a diagnosis of PTSD and a card you can present at the dispensary. While I enjoyed smoking in my youth, and sometimes long for those times, I am a father and a busy person, and just can't see toking my evenings away. I don't even drink beer much anymore, but when I did, I avoided it in troubled times because I always wanted to be clear minded as I sorted through what challenged me.

I guess you have to ask yourself how you are dealing with what you have witnessed, and if you feel like you are having a hard time, then find someone you trust to talk to or seek professional help. There are people out there who will help, and there are methods you can be taught to help you deal with what you have been through. If you don't feel like talking about it, don't. If you do, then talk about it. You are not more or less of a person for seeking help.

If you see a brother or sister in EMS struggling, let them know you care. Most organizations have confidential employee helplines and have people trained to recognize who may be suffering. Some cases may be obvious, other too subtle to see.

Sometimes it not that big call that does it, it is a quiet long accumulation of common sights that leads to despair.  If you sense someone you know is down, if they seem incapable of joy, ask:

Three simple words with great power. Don't hesitate to use them, even if you know the response:

I am, appreciate your asking.

Stay safe out there, and at home.